Sugriva fights his brother, Vali, to come back home, but Rama is the one who delivers the finishing blow on Vali with an arrow. After hunkering down for the storm to pass, they resume the search for Sita. Hanuman heads south and meets Simpati, Jatayu's brother, and is informed that Sita is in Lanka. When Hanuman gets to Lanka, he meets Vibshana, Ravana's brother, but Vib is an ally of Rama. Vib informs Han where to find Sita, where he sees her deny Ravana's advances. He then infoms Sita Rama is coming and causes a ruckus. He is catupred with his tail lit on fire, but uses that to set the city ablaze. He ruturns to Rama to inform him of the situation. Both sides prepare for war, and Rama has a bridge made to Lanka. 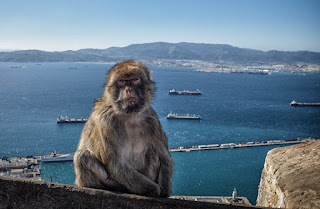 Rama's army then arrives in Lanka and the conflict begins. Lakshmana is wounded in battle but is saved by Hanuman flying away and returning with special herbs. Eventually, Rama faces Ravana and Indra arrives and sends his chariot and weapons to Rama. With the assistance, Rama slays Ravana. Ravana is given a funeral and Sita's innocence is proven with fire. Rama, Sita, and Lakshmana then depart to go back home. Unfortunatey, Rama exiled Sita as people would spread rumors about Sita's innocence. Sita would give birth to two boys who eventually meet Rama and learn that he is their father. Sita then returns home but is consumed by the earth to prove her innocence.

King Dasharatha had four sons, one being Rama who is also a manifestation of a god. Rama and his brother, Lakshmana, go to fight some demons and see Princess Sita. Rama and Sita fall in love and Rama bends/breaks the bow of Shiva to prove his worth to her father. Rama then also bends the bow of Vishnu to prove himself to Parashurama. Rama and his three brothers then marry their wives. King Dash was about to name Rama as successor but Queen Kaikeyi, influenced by Manthara, convinces King Dash to exile Rama for 14 years and name her son, Bharata, king. 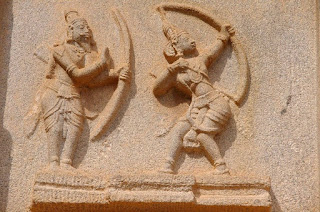 Sita and Lakshmana join Rama in his exile. Dash then dies of grief and realizes that the events are do to his curse for killing a boy. Bharata eventually comes home and learns of what happened and is furious. He tries and fails to sway Rama to come back and leaves golden sandals on the throne to symbolize Rama's rule. The trio then meet a sage, Agastya, who gives Rama godly weapons to help him in his travels. The trio then run into Shurpanakha. She tries and fails to win over Rama so she sends rakshasas to attack them but the rakshasas are defeated. Shur then runs to her brother, Ravana, and begs him to help her. Ravana then sets a plan in motion and tricks the trio. Ravana manages to kidnap Sita and kill Jatayu, the king of the vultures and an ally to Rama. Rama then meets Sugriva and Hanuman and they promise to help eachother.

Dare and Buck landed in a forest a few clicks from their intended rally point. With the rest of their unit scattered, they gathered their bearings and got ready to move. Little did they know, they landed near a Brute Stalker who took an interest in Dare as her helmet resembled that of a Spartan. However, she was only an ODST with an experimental helmet. Thinking he found a high value target, the brute went to lunge at her to hopefully kill her before she could react. However, just before he jumped, a hail of gunfire was directed at him. Wounded, the Brute retreated, activated his camouflage, and went to warn his Chieftain of what he saw.
Surprised by the gunfire, Dare and Buck took aim at the shooter. Seeing the Rookie and watching a Brute run away, they knew he had saved them. Together, the three of them continued on to their rally point. They eventually reached a cliff and looked for another way around, but were ambushed by a squad of Brutes running and firing at Dare. The trio immediately took cover and began firing on the approaching Brutes, but the Rookie noticed that they seemed to be focused on Dare. The Rookie then fell back into the tree line and maneuvered into an elevated flanking position. The Brutes, blinded by rage and the opportunity of killing a Spartan, were unaware of the Rookies movements. The Rookie then managed to drop most of the approaching Brutes headed towards Dare, with Buck and Dare cleaning up the rest of them. 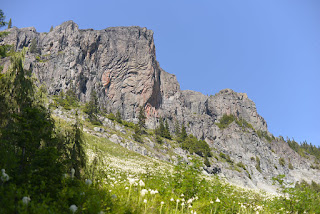 Once they gathered their bearings again, they looked over the cliff and saw a massive Covenant army headed their way. They quickly set up some ropes at the edge of the cliff and rappelled their way down. They then hurried to the rally point to warn the others. Suddenly, Buck ran back to the cliff while ordering Rookie and Dare to continue on. He climbed each rope some ways up and set explosive charges on weak points of the cliff. Once he finished placing the charges, he rappelled back down and found a good vantage point to hide and watch. He waited for the army to come and saw a Chieftain leading the charge. Once the Chieftain was under the cliff, Buck blew the charges, The cliff collapsed and killed the Chieftain along with many of his units, causing his army to stop and retreat. Satisfied, Buck left to go meet the rest of his unit at the rally point.

My story is based off the PDE Ramayana. More specifically in part B, where Sita, Rama, and Lakshmana encounter Shurpanakha, a rakshasa. In the story, Shurpanakha tries to win over Rama and attempts to attack Sita when Rama declines. Lakshmana then cut off her ears and nose and went to complain to her brother. Her brother then sent 14 rakshasas to kill them. The 14 died and so her brother then sent an army of 14,000 rakshasas to kill them. Rama then sent Sita and his brother to hide while he dealt with the coming army. Once he took out the leader of the army and some other rakshasa, the rest scattered.
In my story, I implemented elements of the Halo universe, set about 500 years in the future. Dare, Buck, and Rookie represent Sita, Rama, and Lakshmana likewise. The Covenant Brutes represent the rakshasas, where the The Brute Stalker represents Shurpanakha specifically. Dare, Buck, and Rookie are part of a special unit called the Orbital Drop Shock Troopers (ODSTs). Basically Special Forces Space Marines. As their name implies, they literally drop in from orbit which leads to the beginning of the story where they land. They have special pods that allow them to do so safely-ish. Spartans, as referenced here and in some of my other stories, are special genetically engineered super humans that were typically orphaned by the Covenant and kidnapped by the human military at a young age. They were then indoctrinated and specially trained, as children, to become the most deadly and proficient super soldiers for the human military. Brutes in the Covenant are basically bigger apes or gorillas. They are about 8 feet tall, weigh about 1500 pounds, and are very strong as they are almost pure muscle. They are known for their brutality, hence their name, as they sometimes eat things (human, lower ranking Covenant, animals, doesn't really matter) alive or hunt them for fun. Brute Stalkers are a covert Brute unit that have a piece of equipment called Active Camouflage which allows them to basically go invisible. The Brute Chieftain is usually a tough and battle hardened leader. Also, the title "Time to Dance" is a reference to a Buck quote from the Halo universe.
Hopefully that is enough context on the Halo part but feel free to ask questions. 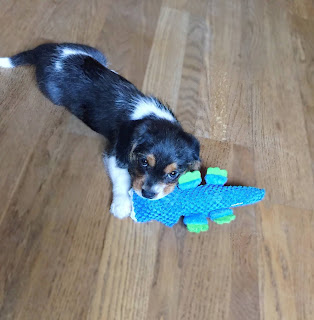 Deagle could feel something within the cloud. He began digging ecstatically for he knew knew it could only be one thing. Treasure! Time and again he would dig, try different angles, and even try to bite through. Inevitably, he tuckered himself out, and rests for the next attempt. 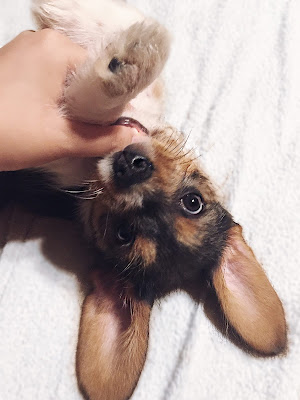 Deagle has yet to find treasure.

I decided to make two stories about my dog Deagle and how he like to dig when I put him on my bed. I don't know why, but every time I put him on my bed, he runs around and proceeds to try to dig on it. Perhaps it's because he's part beagle, but it's pretty cute.
at September 18, 2020 3 comments:

Rama spoke with gods to build a land bridge to Lanka. Once there, the battle began and many lost their lives. Rama managed to slay a giant who was awoken to feast on the apes. Ravana tried to trick Sita and failed. Sug managed to keep the ape troops rallied and Hanuman managed to recover a special herb that revived the dead from Himalaya. Lak then fought and slayed Indrajit, Ravana's son. Ravana wept and was going to get revenge by killing Sita, but the female raks persuaded him not to. He then went to battle and slayed Lak, but Lak was revived thanks to Hanuman and his herbs. Rama was then given a ride and weapons in Indra's chariot and went to battle Ravana. He emerged victorious after beheading all of his heads. 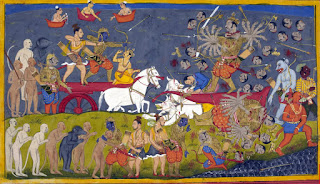 Vibi then became king of Lanka and Mandodari wept for her slain husband, Ravana. Rama then met with Sita and had the gods and fire prove that Sita was still pure to him to avoid any rumors that may come from her living with another man. Then he took Sita on a trip back home, reminiscing of their journey on the way. When they returned, Rama was made king and the people rejoiced. However, Sita was banished due to public criticism and gave birth to two sons. Rama learned of this 16 years later and wished to redeem Sita. Sita was redeemed and was consumed by the Earth and went to heaven. Rama saddened and met with old age also eventually went to back to heaven/land of the gods.

Rama and Lak met Sugriva and Hanuman and learned of Sug's pat, which had similarities to Rama. Sug promised to help if Rama helped him face his brother and they did. Sug challenged his brother to a duel and, mid duel, Rama shot an arrow through the brother's heart. Sug wept but became king and gained his wife again. some rain kept them from pushing forward, but as it went away, the brothers urged Sug to use hi army to help find Sita. He sent his army out to search and the southern troops ran into the vulture Sampati, Jatayu's brother, and told him of his brother's fate. Sampati informed them of Sita's location and offered to help them. The held a funeral and Hanuman had slain a sea rak. 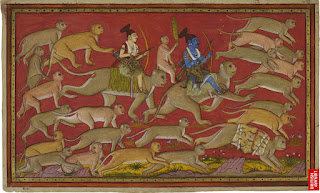 Rama and the Monkeys Go to Lanka. Source: Mewar Ramayana

Hanuman then went to Lanka to recce the city in search of Sita. He eventually found her and told her that Rama was coming, but also learned that she had 2 months to live if she kept rejecting Ravana. He then caused a ruckus and got captured intentionally as he figured it'd be a good idea to talk to Ravana. He was questioned and his tail was lit on fire, but Sita's prayers ensured a cool fire. Noticing the cool, Hanuman made his move and slain many raks and destroyed much of their city. He then checked on Sita and signaled the others that he found her. Rama and the army then headed that way. Ravana gathered his people and banished his lil' bro for suggesting giving up Sita to save their people. So the lil' bro, Vibhishana, joined Rama and the army.

Sections 7-8     Sugriva fights his brother, Vali, to come back home, but Rama is the one who delivers the finishing blow on Vali with an a...